UNIS Expedition to the Western Desert 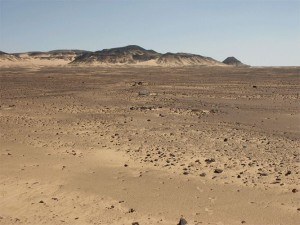 In November of this year, the third expedition of the Czech Institute of Egyptology to the Western Desert took place. The expedition works in the hitherto only little explored area of the perishing El Hayez oasis, located about 50 km to the south of Bahriya. The main results this year include the discovery of a settlement from the time of the pyramid builders. It has hitherto been believed that the history of the area began about 1500 years later.

Besides this, a large settlement agglomeration was discovered at the site of Bir Shawish. It extends over approximately 20 ha and dates to the 4th and 5th centuries BC. The possibility that this settlement was an Early Christian one cannot be excluded, but there so far exists no conclusive proof of this hypothesis. In the course of the probing works, houses and workshops have been discovered, preserved to the height of one to two storeys. In several cases, their inventory has been preserved, including account texts written in Greek.
On several places of the site, the houses have been preserved including their ceilings. To the east, a network of about 10 km of underground water conduits (the so-called manawars) adjoins the settlement. It enabled intensive agricultural activities in an area that lacked rainfall already in antiquity. The settlement perished probably very quickly, probably in consequence of the global desiccation of the area. Already now it appears that the area may contain important archaeological and historical sources from the time of the decline of the Roman Empire and gradual rise of the Early Mediaeval period. 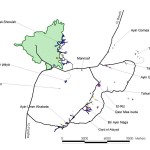 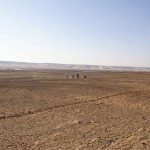 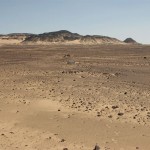 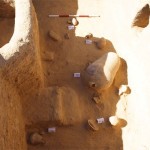 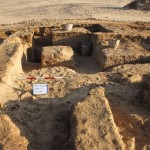 As in the past seasons, the expedition has also this year tested the archaeological and historical potential of the entire area using modern geoinformatic methods including satellite imaging and new anthropological methods. The members of the expedition included experts from the Faculty of Arts of the Charles University and of the Institute of Archaeology of the Academy of Arts of the Czech Republic.