The new trade mark will be awarded to products and technologies that are up to the challenge of the extreme conditions of the Czech archaeological concession in Abusir in Egypt and expeditions in Sudan.

Generators, cameras, air-conditioning equipment, as well as textiles, clothing and footwear. These are just some of the array of products and technologies that can be tested for manufacturers in Egypt. If products pass the test, they obtain the prestigious certification Proven in the Desert. The original idea for the testing came right from sponsors of earlier Czech Egyptological expeditions. These were mainly manufacturers of footwear and clothing, such as the Czech shoe company Prabos.

”We make boots that users can rely on even in conditions as harsh as the desert.  The chance to test our products on a large number of users is very valuable for us because the findings will help us improve our boots even more. We also see collaboration with Charles University as a form of support for Czech science, which we regard as part of our company philosophy,” adds Ing. Jaroslav Palát, president of the board of Prabos.

Closer analysis showed that there were many other products and technologies on which not just the comfort but often also the health or even the lives of Czech Egyptologists depend in challenging conditions.

”In the areas when Czech archaeologists are working in Egypt, it is often more than 45 °C in the shade. In the spring there are frequent sandstorms. Demanding conditions also exist in the shafts and burial chambers in which we work. Apart from the cramped space at a depth of up to 15–20 metres below ground, we are also struggling with 100% air humidity and the absence of natural ventilation,” says Dr. Veronika Dulíková of the Czech Institute of Egyptology.

The legal anchoring and standardization of the process of testing product quality was the logical next step. Therefore, In October last year, Charles University with the assistance of its Centre for Knowledge and Technology Transfer of Charles University submitted a proposal for the registration of the trademark Proven in the Desert to the Industrial Property Office. On the 31st of July 2019 the process was completed with the publication of the trademark in the Official Bulletin of the IPP UPV-ČR 2019/31.

This mark is definitely not intended to be a marketing perk for partners and sponsors; it is awarded only on the basis of full compliance with clearly stipulated standards.  Awarding of the mark will be decided by the head of the Czech archaeological concession in Abusir and will be confirmed by the senior management of the Faculty of the Arts at CU. The web page https://proverenovpousti.cz  will offer information for the general public and any companies interested in testing their own products and will also present a complete list of products that can be tested.

The Czech presence in the desert attracted companies to test products from the very first years of the work of our scientists in Egypt – the first to be involved in testing were the companies supplying expeditions to Nubia. For example, in 1961 over 20 firms were involved, including Vitana, the Plzeň Brewery, and Prague Slaughterhouses, which wanted to test canned meat products.

The only other Czech university institution to offer similar certification is Masaryk University. It awards the trademark Tested in Antarctica –as it operates its own research station in South Polar Region. Thus, the Faculty of the Arts CU trademark Proven in the Desert brings manufacturers its own natural counterpart.

Petr Kukal, spokesperson of the Faculty of the Arts, Charles University 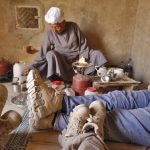 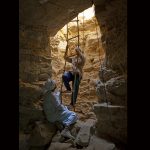