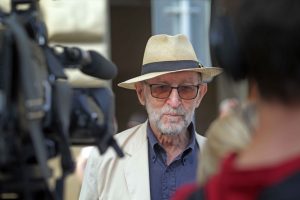 Finds from the Czech archaeological campaigns in Abusir together with numerous other artefacts of unprecedented historical and artistic value have finally arrived in Prague following months of preparations.

The precious objects came to Prague from Egypt, Germany and various locations in the Czech Republic under high security conditions following months of negotiations. Starting on August 31, 2020 they will be on display at the National Museum as part of a large exhibition titled Kings of the Sun, until February 7, 2021. Despite complications brought about by the current worldwide pandemic, border closures and social distancing, visitors will be able to witness a major culture event that generations of egyptologists have strived for.

This will be the very first time that either Czech or foreign visitors will be able to admire finds from a location where the Czech (formerly Czechoslovak) Egyptological Institute has carried out research and excavations since 1960. Next to exhibits representing Abusir of the Fifth Dynasty, a period during which Egypt was ruled by the so called Kings of the Sun, history buffs will be able to see objects attesting further historical, cultural and religious development of the ancient Egyptian civilization.

More than a hundred exhibits have been borrowed directly from the collections of the Egyptian Museum in Cairo and several local Egyptian museums. Some of the most recent finds have been transported to Prague directly from the field storehouse of the Czech archaeological mission located at the storerooms of the Saqqara Antiquities Department. 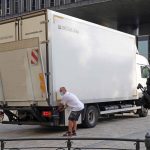 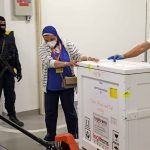 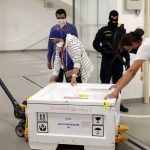 Upon arrival in Prague, the precious ancient Egyptian finds were eagerly awaited by the core exhibition production team, Czech and Egyptian curators, and representatives of the National Museum, the Charles University and the Czech Egyptological Institute, assisted by the special forces of the Czech Police. The artefacts received a warm welcome from Professor Miroslav Verner, former long-term director of the Czech Egyptological Institute who personally discovered a large number of them. It was Professor Verner who launched the efforts to hold this exhibition while at the helm of the Institute. Several directors and numerous new discoveries and unveiled mysteries of the ancient Nile Valley civilization later, his ambition for a major exhibition is now finally coming to fruition.

Miroslav Bárta, Director of the Czech archaeological excavations in Egypt