Festschrift for Zahi Hawass has been presented in the Egyptian Museum 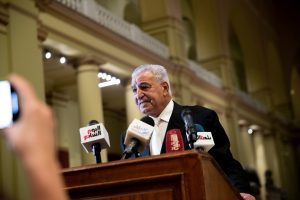 The Minister of Tourism and Antiquities, participates in the ceremony of the Czech Charles University honoring Dr. Zahi Hawass.
Yesterday, Dr. Khaled El Enany, Minister of Tourism and Antiquities, participated in the ceremony of the Czech Charles University honoring Dr. Zahi Hawass, archaeologist and the former minister of antiquities, which was held at the Egyptian Museum in Tahrir.
The ceremony was attended by Mr. Osama Heikal, State Minister for Information, Dr. Mustafa El Feki, Director of the Alexandrina Bibliotheca, Dr. Mustafa Waziry, Secretary General of the Supreme Council of Antiquities, Major General Atef Moftah, General Supervisor of the Grand Egyptian Museum project and the surrounding area, and a number of ambassadors, public figures, artists, writers, and Egyptian and international representatives of the media.
Dr. Khaled El Enany began his speech by thanking Dr. Zahi Hawass for what he has accomplished during his career in antiquities, as he toured Egyptian antiquities in all countries of the world. He said that he is best ambassador for Egypt and tourism.
The minister indicated that he had the honor to write the preface of the three volumes presented by Charles University to Dr. Zahi Hawass, indicating that Dr. Zahi Hawass had influenced all the archaeologists who consider him their spiritual father.
The Ambassador of the Czech Republic in Cairo, sent a word that was delivered on his behalf by Dr. Muhammad Megahed, Deputy Director of the Czech Mission in Abu Sir, apologizing for not attending this ceremony due to him being on a work mission in the Czech Republic.
During his speech, the ambassador said that ancient Egyptian antiquities has always been a part of Dr. Zahi Hawass’ life. He added that after decades of his professional and promotional efforts, he became part of this ancient history that extends for thousands of years, and has also become one of the most famous faces in Egypt and the whole world.
Dr. Ali also stressed that Dr. Zahi Hawass has become a great role model that proves that research in the history of ancient Egypt is no longer limited to foreigners, which confirms that Egypt is taking upon itself to develop its history and complete specialized studies related to it.
The ambassador also expressed the gratitude of the Czech Republic for Dr. Zahi Hawass sending his best students to the Czech Republic, in addition to his continuous support for its archaeological missions.
He pointed out that Dr. Hawass has achieved a lot during decades of his career, adding that he still has much to offer, doing greatest discoveries, as the Egyptian has still more secrets and treasures to be revealed. The ambassador concluded his speech by wishing Dr. Zahi Hawass health and happiness.
The Vice Rector of Charles University and Head of the Czech Mission in Abu Sir, Prof. Miroslav Bárta, also delivered a speech in which he welcomed the guests, expressing his happiness attending the ceremony, and expressing his appreciation for the fruitful cooperation between the Egyptian Ministry of Tourism and Antiquities and Charles University in Prague.
During the ceremony, a short film about the life of Dr. Zahi Hawass and his work was played.
In his speech, Dr. Zahi Hawass expressed his happiness, especially since he was honored in Egypt, pointing out that he could not find the words by which he could express how great that moment was for him, thanking Dr. Khaled El Enany for what he presented during the past four and a half years since he took over the portfolio of The Ministry of Antiquities and then the Ministry of Tourism and Antiquities. He referred to the opening of three archaeological museums in three different governorates last week.
Dr. Zahi Hawass gave Dr. Khaled El Enany a book he described as one of the best books he wrote to honor the minister for his effort in the field of antiquities since he took over office.
Dr. Khaled El-Enany thanked Dr. Zahi Hawass for this gesture and the valuable gift he presented to him, which is considered a medal that he places on his chest, pointing out that the most precious thing that a researcher offers is his book.
Dr. Mustafa Waziry also gave a speech in which he expressed the wishes of all archaeologists, conservators and employees of the Supreme Council of Antiquities for continuous success of Dr. Zahi Hawass, pointing out that all archaeologists in Egypt and the world at large have the feeling that they will one day become like Zahi Hawass. He said that he is considered an icon of Egyptian antiquities; stressing the fact that he is highly respected and praised by the archaeologists he tutored.
Press release of the Ministry of Tourism and Antiquities, Egypt
Photos of the event by Petr Košárek, Czech Institute of Egyptology, Faculty of Arts, Charles University, Prague 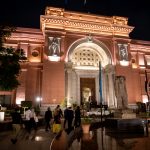 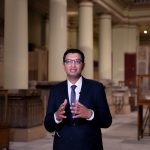 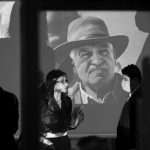 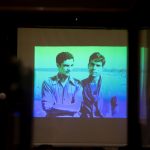 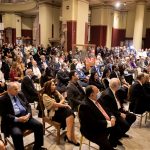 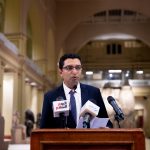 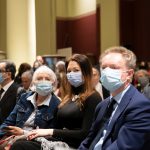 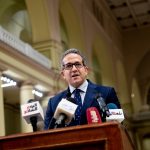 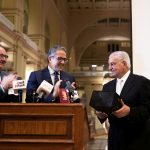 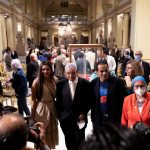 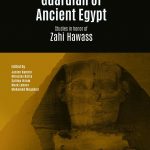 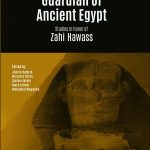