On October 11, 1960, was completed the first Czech (then Czechoslovak) mission at Abusir. The Czech (former Czechoslovak) Institute of Egyptology, Faculty of Arts, Charles University, Prague, is commemorating the 60th anniversary of the beginning of archaeological works at the concession of Abusir in the Arab Republic of Egypt. The anniversary will be discussed in the latest, 24th issue of our journal Prague Egyptological Studies. On the occasion of the anniversary, we are making available online the updated list of structures excavated and numbered at Abusir and North Saqqara during the Czech archaeological missions at Abusir and Saqqara North. Total number for now is 34 structures in Central (Royal) Abusir, 6 structures in Abusir West, 109 structures in Abusir South and 4 more in North Saqqara. All are represented in a concise listing with a selective bibliography of the publications, predominantly in English and German and a link to a map application in the ArcGIS Online, where you can find the particular structures in the map. The list of the structures will be also a part of the latest, 25th issue of our journal Prague Egyptological Studies. 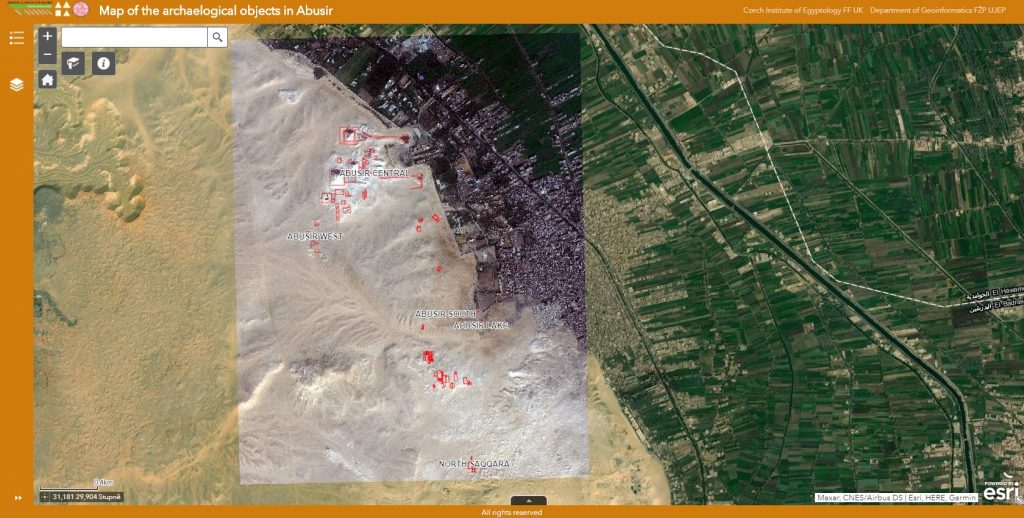 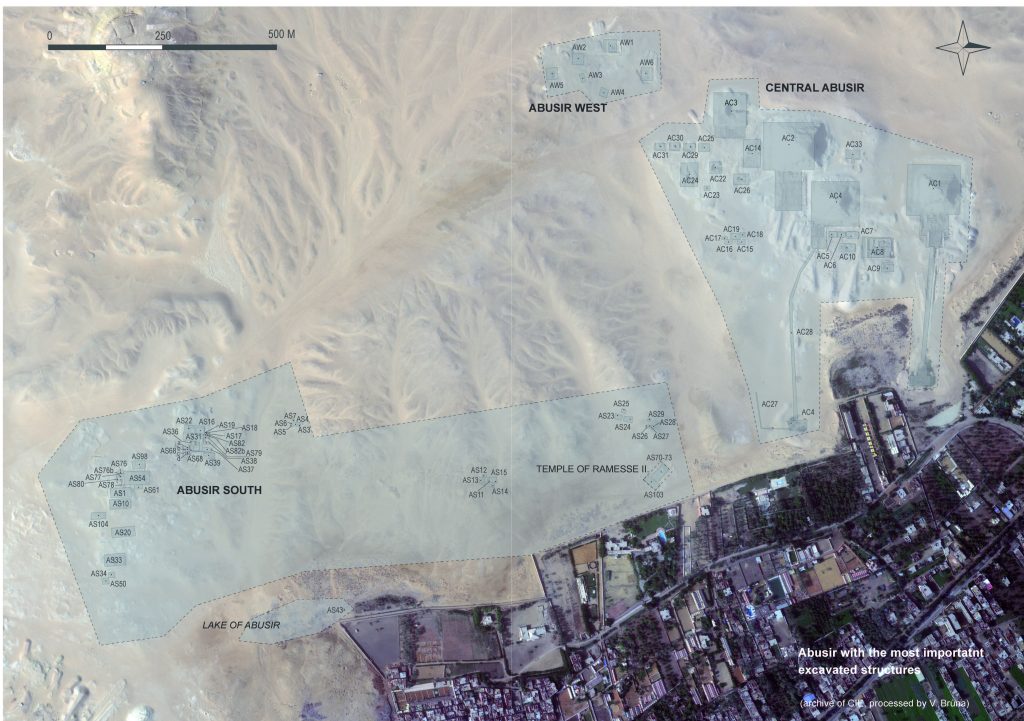 Map for the Prague Egyptological Studies