Ancient Egyptian copper objects up to the end of Middle Kingdom

Grant Agency of the Charles University, project no. 526 112

The project was aimed at a documentation of unpublished ancient Egyptian copper finds.  It focused on the objects from the Egyptian prehistory until the end of Middle Kingdom.

The reason for project was that not all publications provided sufficient data on the finds. When writing down the final output of the project, it was necessary to include only the most complete material gathered. Such was the case for the Old Kingdom, Dynasties 4 to 6 . The book was published in 2016.  It is the first monograph ever written on the Old Kingdom copper tools and model tools.

The project was presented on the blog of the publisher Archaeopress:

The final output of the project featured on the main web page of the Faculty of Arts, Charles University (for other outputs, scroll down): 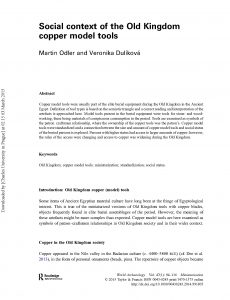 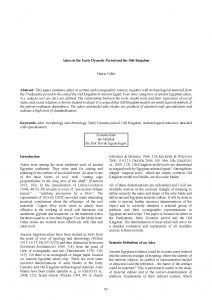