Lower Nubia: Revisiting Memories of the Past, Envisaging Perspectives for the Future 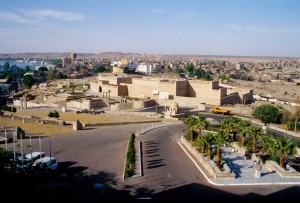 Between the 21st and 24th March 2009, a conference entitled “Lower Nubia: Revisiting Memories of the Past, Envisaging Perspectives for the Future” was held at the Nubia Museum in Aswan. The conference was organised by the UNESCO Cairo Office, in cooperation with the Egyptian Ministry of Culture (Supreme Council of Antiquities and Office for the Salvage of the Monuments of Nubia) and the Sudanese Ministry of Culture, Youth and Sport (National Corporation for Antiquities and Museums of Sudan) on the occasion of the 50th anniversary of the official appeal to UNESCO launched by the governments of Egypt and the Sudan to save the monuments of ancient Nubia to be flooded by the waters of the projected High Dam at Aswan.

The conference consisted of four sessions. The first session, entitled “Revisiting the Nubia Campaign, Perspectives for the Future”, was composed of papers presented by the organisers, participants, and surviving contemporaries of the salvage campaign in Nubia in the 1960s. The second session, entitled “Nubian Intangible Heritage”, was dedicated to the peculiar Nubian culture, traditions and language and to the efforts for the preservation and, in particular, further development thereof. Moreover, the discussion touched upon the projected resettlement of at least part of the Nubian population, displaced from Nubia in the 1960s due to the submersion of the whole area, back into some regions along the banks of the present Lake Nasser. The third session, entitled “The Follow-up to the Nubia Salvage Campaign”, focused on the issues of the adequate maintenance and presentation of the results of the salvage campaign to the general public in the existing as well as projected museums in Egypt and the Sudan, the preservation and processing of the documentation produced during the campaign, and further scientific treatment of the scientific knowledge acquired. The fourth session, entitled “Recent Activities and Projects in the Area”, provided an overview of the exploration and survey that has been taking place in Nubia – in particular in the Egyptian part of Nubia – in the recent years.

During the conference, the present scholars and experts engaged in panel discussions focused on the tangible and intangible cultural heritage, landscape, and environment of Nubia. Smaller working groups discussed the afore-mentioned areas of action of in the draft UNESCO Aswan Declaration on Nubia. Comments, suggestions and recommendations of the conference participants shall be incorporated into the final declaration.

In the course of the conference, two exhibitions were inaugurated in the Nubia Museum in Aswan, to present historic documents related to the campaign. The exhibition on “Abu Simbel: Men and Technology” presented photographs documenting the dismantling and relocation of the two temples of Ramesse II. in Abu Simbel. The second exhibition, entitled “The Nubian Exodus”, was made up of photographs Hussein Fathy, a well-known Egyptian architect, capturing the life in Old Nubia and the resettlement of tens of thousands of Nubians to what is now called New Nubia.

The Czech Republic was represented at the conference by Prof. Miroslav Verner, who read a paper on the archaeological, epigraphic, and documentation tasks of the former Czechoslovak Institute of Egyptology in the scope of the Nubia campaign, and by Prof. Eugen Strouhal, who gave an overview of anthropological research within the above-mentioned tasks and summarised the results of the joint Egyptian and Czechoslovak anthropological project in New Nubia. More detailed information on the works of the Czechoslovak Institute of Egyptology in Nubia, with a great number of photographs and a documentary, were available to (not only) the conference participants at the exhibition entitled „Saving the Monuments of Nubia: The Czech Participation in the International Campaign to Save the Monuments in Nubia“, which had been prepared for the Nubia Museum in Aswan by the Czech Institute of Egyptology and inaugurated in November 2007.

Úvod > News > Lower Nubia: Revisiting Memories of the Past, Envisaging Perspectives for the Future