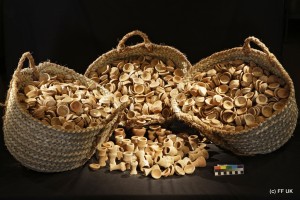 The spring part of the archaeological season at Abusir was realized in accordance with the agreement of the Ministry of State for Antiquities. The expedition of the Czech Institute of Egyptology, Faculty of Arts at the Charles University in Prague focused on several major tasks.

During spring 2013, the expedition continued its work on the exploration of four mastabas located in a small cemetery lying to the south of Raneferef’s mortuary temple. The tomb AC29 is located in this sequence of tombs. It represents a north-south oriented mastaba tomb measuring 16.20 × 10.80 m. Its casing was composed of unusually large blocks of fine white limestone. Both the superstructure and the substructure of the mastaba were largely destroyed by tomb- and stone-robbers. Therefore, not a single fragment of relief decoration was found during the archaeological work. The so-called mason’s marks thus became our chief source of information on the identity of the tomb owner and his social status. Several of these graffiti written in hieratic show the name Kakaibaef, “Kakai is his power.” Kakai was the personal name of King Neferirkare and it can thus be assumed that Kakaibaef was born during the reign of this pharaoh (about 2475-2465 BC). Kakaibaef’s title haty-a, “prince”, classifies its bearer among the most important dignitaries of the time (a person of the same name is documented in the decoration of the funerary temple of the King Niuserre). Other titles that would describe the tomb-owner’s social position in more detail are not known; only further archaeological research in the neighbouring archaeological monuments can bring additional details.

The superstructure of the tomb was simple – its entrance was located in the eastern facade of the tomb and it led into a simple L-shaped north-south oriented chapel. A vertical shaft provided access to the tomb’s substructure. To the south, it is linked up through a narrow passage with the burial chamber, which was also largely destroyed by tomb- and stone-robbers: the sarcophagus, which was used for the mummy of the deceased, was nearly destroyed, and the ceiling of the burial chamber has not survived at all. In the chamber only a small portion of the original funerary equipment was found, such as parts of a wooden cabinet or a copper model of a libation basin. Beside it, pottery shards and also whole vessels were found.

Stripes of white colour painted on the mud floor of the courtyard in front of the chapel and to the north-east of it certainly belong among the most interesting discoveries of this season. There is no other analogy to them than the stripes of white colour found on the floor of the courtyard of the neighbouring tomb of Nachtsare. Their function is uncertain: they might represent evidence of technological processes – they might have marked the position of brick walls in front of the chapel, but they might also have played a role during the operation of the cult.

Around the mastaba, a secondary cemetery developed during the Late and Greco-Roman period. The Czech team unearthed 14 intact or nearly intact burials. The bodies of the deceased were mostly put in wooden coffins and adorned with cartonnages. The coffins are preserved in a very poor condition.

In the shaft tomb of high dignitary Iufaa (dated to the Saite-Persian Period, ca 530–500 BC.), the expedition continued with cleaning and consolidation of the relief decoration in the burial chamber. Because the original ventilation system of the tomb was destroyed during the 2011 Egyptian revolution, it was necessary to restore it. The system is based on an effective natural circulation in the tomb’s substructure. It reduces the very high levels of natural moisture that are potentially damaging to the limestone blocks used for the construction of the burial chamber. The ventilation system relies on two chimneys, restored above the western auxiliary shaft.

At the same time, preparatory work for the publication of the rich relief decoration of the burial chamber and both sarcophagi was going on. Photographic documentation was also carried out in the burial chamber of the neighbouring tomb of Menekhibnekau. It followed after a thorough consolidation work of its relief decoration. In the “embalming cache” located at the bottom of an auxiliary shaft to the south-west of Menekhibnekau’s main shaft, the detailed drawing and photographic documentation of numerous pottery vessels (discovered in this chamber) was carried out, too.

The Czech team also continued with documentation work in the storerooms of the Ministry of State for Antiquities in Saqqara. In addition to that, the archaeological expedition of the Charles University in Abusir dealt with purely practical tasks. One of them – connected with the planned opening of the Abusir necropolis for the broad public – represented the inspection and reinstallation of electrical circuits in several archaeological sites: in the mastaba of Vizier Ptahshepses, Iufaa’s shaft tomb and the tombs of Qar and Inti.

The actual, turbulent development in the Arab Republic of Egypt has not been reflected in the situation in Abusir, yet. Members of the Czech Institute of Egyptology are thus preparing to complete planned tasks of the archaeological expedition in autumn 2013. 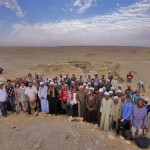 Fig. 2. Group photo of the members of the archaeological expedition together with local workers in front of the Tomb AC29 (M. Frouz) 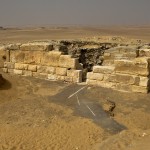 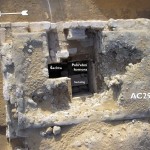 Fig. 4. Tomb AC29 as seen from above and presenting the mastaba’s individual parts (background V. Brůna) Fig. 5. The burial chamber and remains of the sarcophagus remains as seen from the east (J. Krejčí) 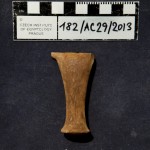 Fig. 7. The northeast part of the open area around the tomb AC29 with white stripes on the earthen floor (V. Brůna) 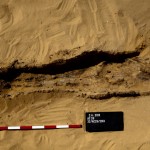 Fig. 8. One of the secondary burial unearthed to the east of the mastaba AC29 (J. Krejčí) 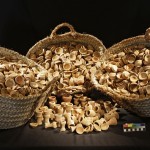 Fig. 9. A large number of miniature vessels was found in the course of the exploration of the tomb (M. Frouz) 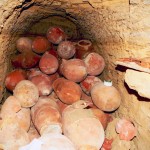