Exhibition The Path of Czech Egyptology in Paris On Tuesday September 7th, the photographic exhibition Le parcours de l‘Egyptologie tchèque – The path of Czech Egyptology was inaugurated in Paris. Its ten panels illustrate the interdisciplinary work of Czech (and Czechoslovak) Egyptology in both natural and social sciences. The photographic panels are fixed to the fence of the Embassy of the Czech Republic in Paris, which is located in the immediate vicinity of the Eiffel tower. In the presence of representatives of the UNESCO and other guests, the exhibition was opened by the ambassador of the Czech Republic in France, Mr. Michel Fleischmann, and the inaugural lecture was given by the director of the Czech Institute of Egyptology, assistant prof. Jiří Janák. The exhibition can be seen in Paris until the end of October, and then it will travel around other places in France. 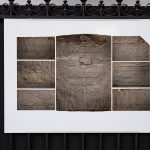 Úvod > News > Exhibition The Path of Czech Egyptology in Paris